What is an Aerobot?

An aerobot is an autonomous aerial vehicle that could be a lighter-than-air vehicle, like a balloon, or an aircraft. On this page we describe a few lighter-than-air aerobots that have been under study by GAC.

Why is a lighter-than-air aerobot a good vehicle for planetary exploration?

An ideal vehicle would be able to gather data involving the planet’s atmosphere, surface and interior. Orbiters are limited in the quality of surface data they can obtain since data resolution is lower at their distance and it is difficult to pierce thick clouds that are at Venus and Titan. Planetary entry probes can reach the surface and obtain far more data on surface composition, but they cannot travel to different parts of the planet’s surface – or, in the case of a rover, not very quickly. While planetary entry probes can analyze the atmosphere, they can do so for only a limited amount of time, during their entry trajectories. Landers are limited to analyzing only small parts of the planetary surface at a time.

Aerobots can approach a planet’s surface more closely than an orbiter can, which enables collection of higher resolution images and even surface samples. An aerobot can also travel through the atmosphere slowly enough to gather information such as chemical composition and weather data.

What characteristics must such an aerobot have?

All planetary lighter-than-air aero-vehicles must be able to survive the trip from Earth to the target planet. Its envelope material must be strong enough to undergo sterilization and then tight folding and packaging. Multiple g forces during launch introduce more stress, and in space the package (envelope, gas tanks and scientific instruments) must withstand low temperatures and exposure to electromagnetic and particle radiation. Upon entering the target planet’s atmosphere, the package has to withstand sharp deceleration forces and the envelope must then be deployed and inflated without tearing or tangling.

To gather scientific data, a planetary aerobot or balloon must then be able to travel to different locations in a planet’s atmosphere as well as reach the surface. In order to do so, such an aerobot has to have a way to change buoyancy. This can be accomplished by using a gas that will condense at a particular altitude and temperature, such that this altitude would be the maximum one for the aerobot. The aerobot will then sink until it reaches an altitude at whose temperature and pressure the liquid becomes a gas again and expands. Alternatively, planetary “air” can be ingested and pressurized to change buoyancy to enable the aerobot to reach different altitudes. Thus, an aerobot’s path can oscillates among different atmospheric levels and hence collect data on different conditions, helping to measure for example weather patterns or planetary surface morphology. Aerobot envelope materials must have low permeability to prevent large leaks of lifting gases. Further requirements for the aerobot and instruments plus packaging will depend on the planet or moon being explored. 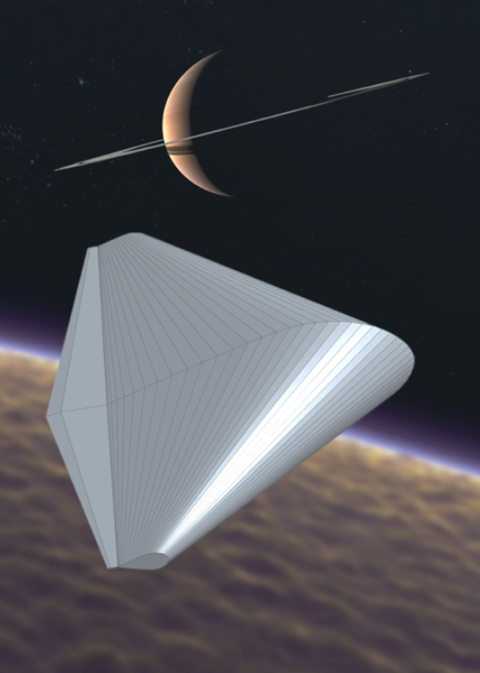 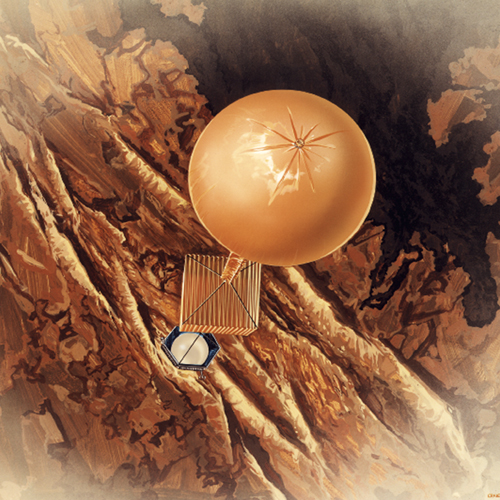 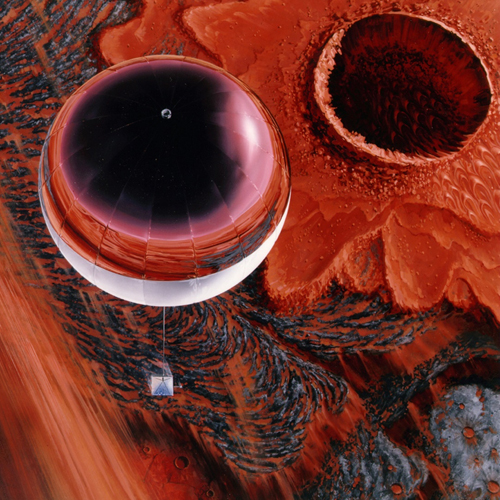 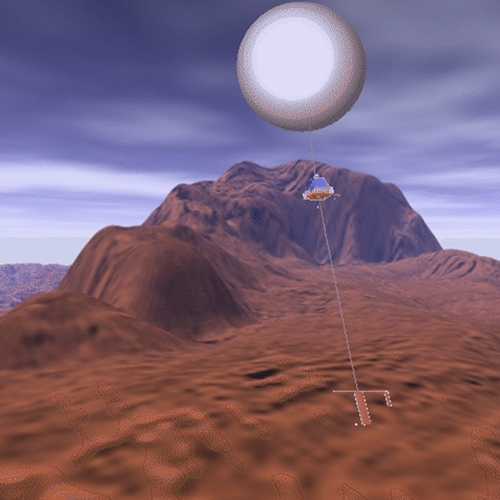